How will you describe the position of a table lamp on your study table to another person? 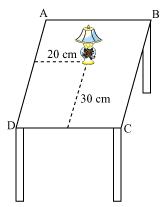 (Street Plan): A city has two main roads which cross each other at the centre of the city. These two roads are along the North-South direction and East-West direction.

All the other streets of the city run parallel to these roads and are 200 m apart. There are about 5 streets in each direction. Using 1 cm = 100 m, draw a model of the city on your notebook Represent the roads/streets by single lines. 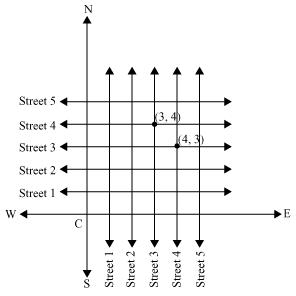